You are not logged in. Please login or register.

You must login or register to post a reply

I'm currently configuring my arcade.
It has Win10 64x with an HD6450 card. As CRT monitor I use a 28" Boevision MX6000 TV and it looks great. I installed CRT Emudriver 2.0 and had it running.
I have just added an LG Ultrawide 29" monitor to display the marquees and I intend to use the digital DVI output of the HD6450
During startup I see the BIOS on both screens (the TV cannot properly display it of course) but once Windows starts loading, the Ultrawide screen loses signal. Windows does not detect it.

I wanted to know if it should be possible to feed both screens with the HD6450 of if I have to add yet another card.
If anybody can hint me where I should check it would be great, because Windows itself does not detect the second screen no matter what I try.

It's perfectly possible. Display detection might fail if you accidentaly enabled EDID emulation at the wrong output. But I'd say that's not possible with the HD 5450 which has only one analog output. Have you tested that screen on another computer?

The screen shows image during startup and just loses signal as soon as the Win10 login screen appears (the HD6450 is not flashed, Bios and initail screens are not 15KHz)

I have attached some screens of WM Maker. The DVI output is detected but disabled? 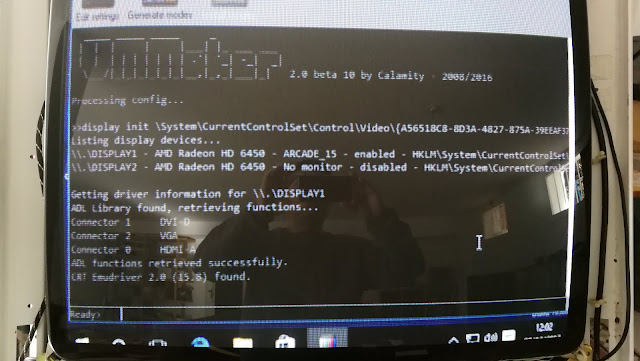 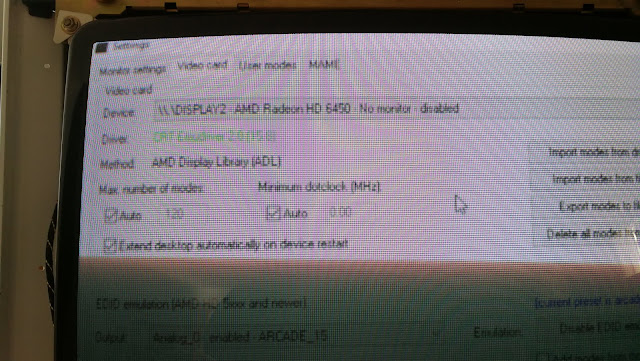 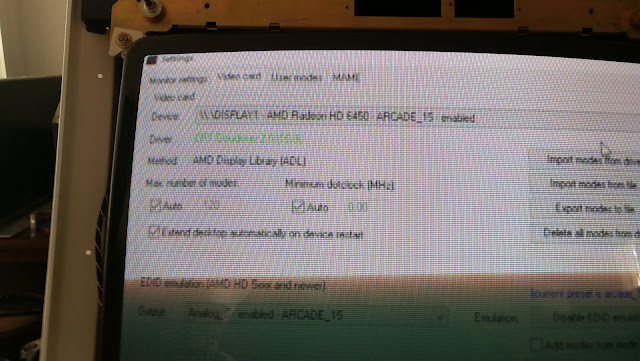 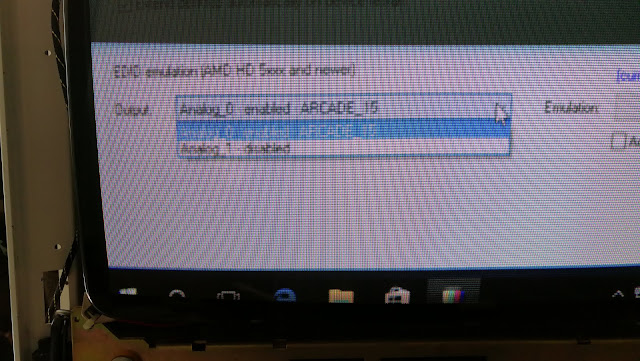 Have you enabled "extended desktop" from Windows' screen setup dialog?

No, as the monitor was not detected, I had not the option to extend the desktop

After several reboots, changing the HDMI cable and other seemingly unrelated activities, all of a sudden, Windows appeared on both screens.
But it looks like the HD 6450 detects the monitor as 1920 x 1080  (native it is 2560 x 1080), I guess I'm going to use a low-end modern graph card that can detect that monitor.

I'm getting another card. Just to be sure I suppose it would be better to NOT use a Nvidia card along with the HD6450 (better another ATI?)

It sounds like a bandwith limit. I believe older HDMI spec does not allow such high resolution. You used to require a dual-link dvi cable to go above 1920x1080.

It's perfectly fine to use a Nvidia card along with the ATI. It may make things easier as you can't install two different versions of Catalyst, in case this was required by your new GPU.

You must login or register to post a reply