You are not logged in. Please login or register.

Hi! I'm running a PC with a WG K7000 crt and still in the process of setting up crt emudriver/GroovyMAME. Things started off ok and I had windows running on the CRT at 640 x 480i but then, at some point the nice sharp image I was getting suddenly split and I'm seeing two images offset vertically by a single line. Some modes look nice - in particular the progressive ones. Any idea what could be causing that? I used VMMaker to generate modelines and install them again but no luck. I also tried reinstalling the crt emudriver and again no luck.  I also reinstalled windows and redid the whole process - no luck. 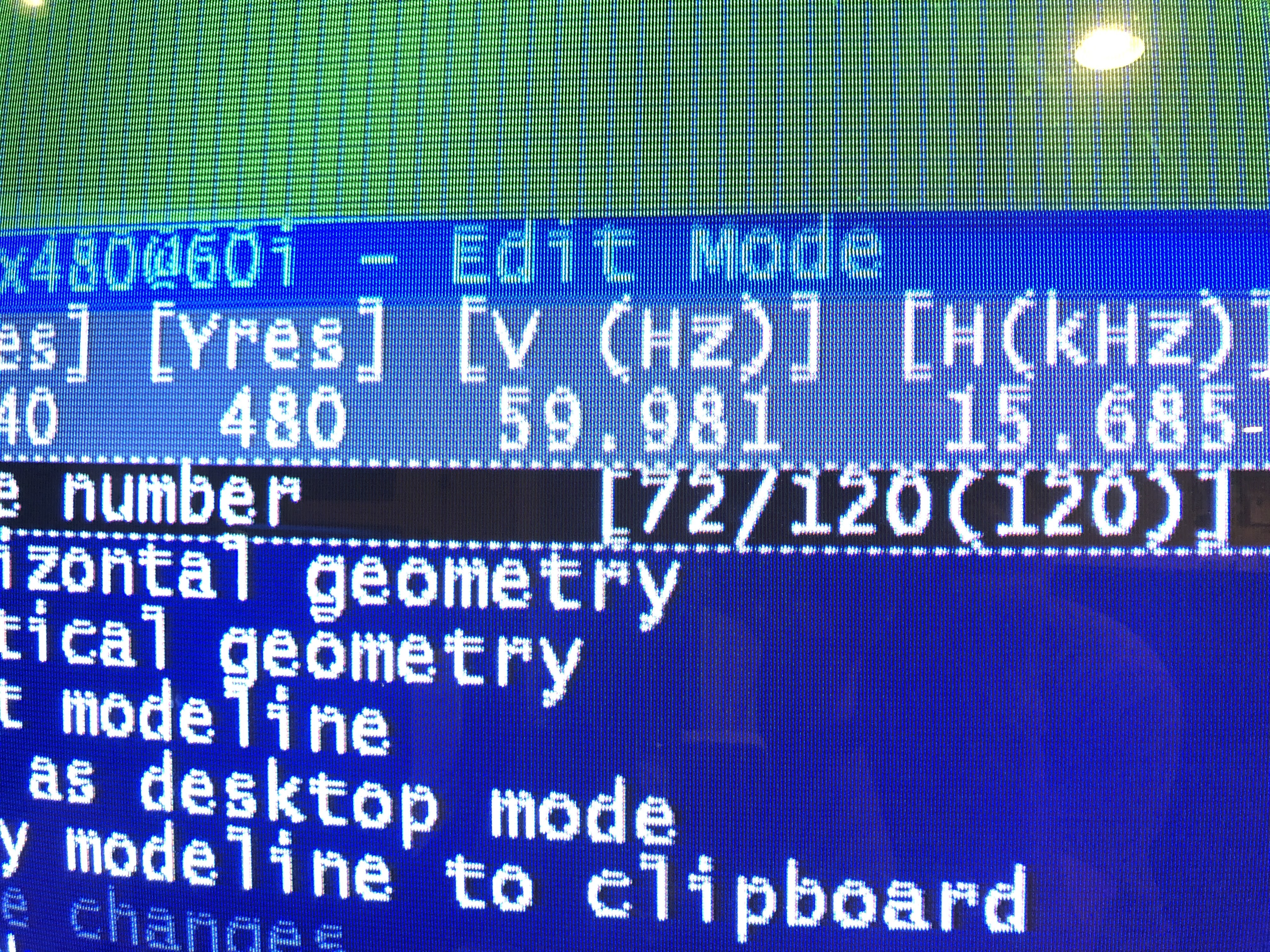 I played with the brightness of my phone camera and was able to show that if I increased the shutter speed enough the double image effect disappeared.

Any ideas on what's happening and how to fix it? Thanks!!

Oh man.  No idea how my post was submitted 4 times.  I hit submit and kept getting errors.  Sorry, I can't figure out how to delete them.